A Visit to the Top of the Tower

Richard Brown, the Development Director, reports on the progress of the current works on the priory.

Thanks to an invitation from the Prior, today I made a fascinating visit to the restoration works at Blackfriars, guided by the site manager Neil. In bright sunshine, he led me up many ladders and along wooden walkways covered in stone dust, exploring the walls and roofs of the priory.

During this 100th anniversary year since its foundation, the priory has been shrouded in scaffolding. The clean façade, now uncovered once again, is brightly proclaiming our presence on St Giles. However, these works have not been simply cosmetic: much of the sandstone has weathered and crumbled, and the deteriorated leadwork on the roofs has been a headache for several generations of the community when heavy rains have led to leaks and falling ceilings. This has also been an opportunity for improvements, with thermal insulation now being added in places where it was lacking, taking advantage of the removal of the lead.

As Neil showed me, as well as the more mundane work of cleaning and repointing, some stonework has had to be removed and replaced – including window arches and the four pinnacles from the top of the bell tower, badly worn through a combination of weather and the rusted iron pins that held them in place. These are now being re-carved by a French stone carver at a local mason’s.

Most fascinating for me was being able to take in views that could not ordinarily be seen: not just the view over the rooftops towards the Wytham woods outside Oxford, or seeing the gargoyles in close up, but since the wooden louvres of the bell tower had been removed for repair and replacement, I was able to look down into the full height of the belfry from outside. It was one of those moments that you know with certainty will never be repeated in your lifetime.

I am sharing below some of the photos that I snapped during this visit, but a professional photographer will be taking some more at the completion of the works. Please do share these unique views with other friends of Blackfriars!

These works could not have taken place without the generous legacy left by the late Cornelia Starks. I think that there could hardly be a more appropriate way to spend that legacy than in ensuring that the priory building is protected for future generations. There will of course be many more expensive calls on the priory’s fabric fund in coming years, so I would encourage all friends of Blackfriars to consider leaving a gift in their Will to support this need. Useful details about gifts in Wills can be found here. 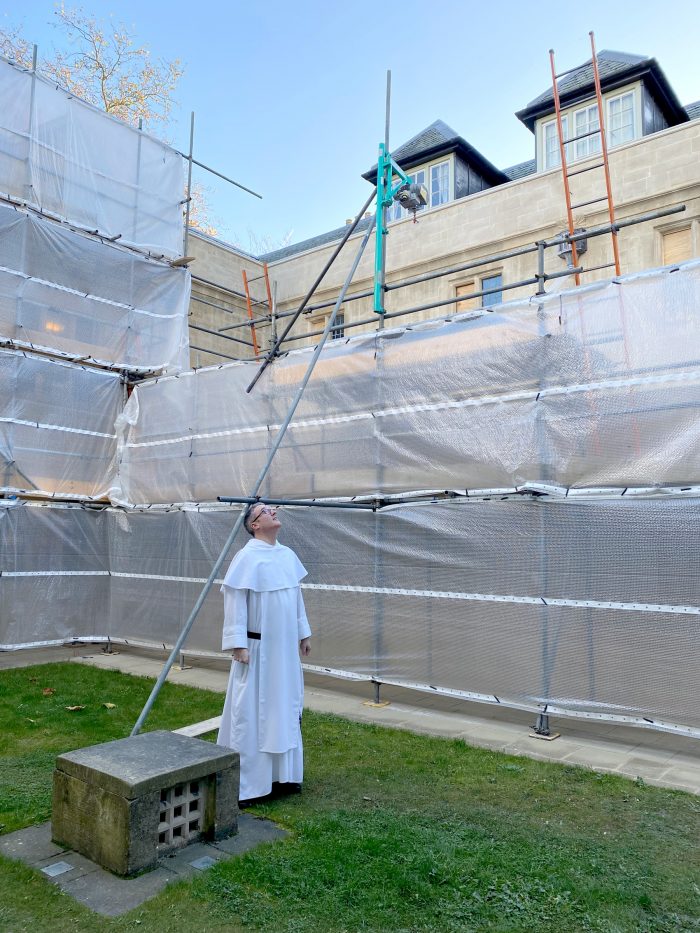 The Prior, Fr Robert Gay, inspects the works 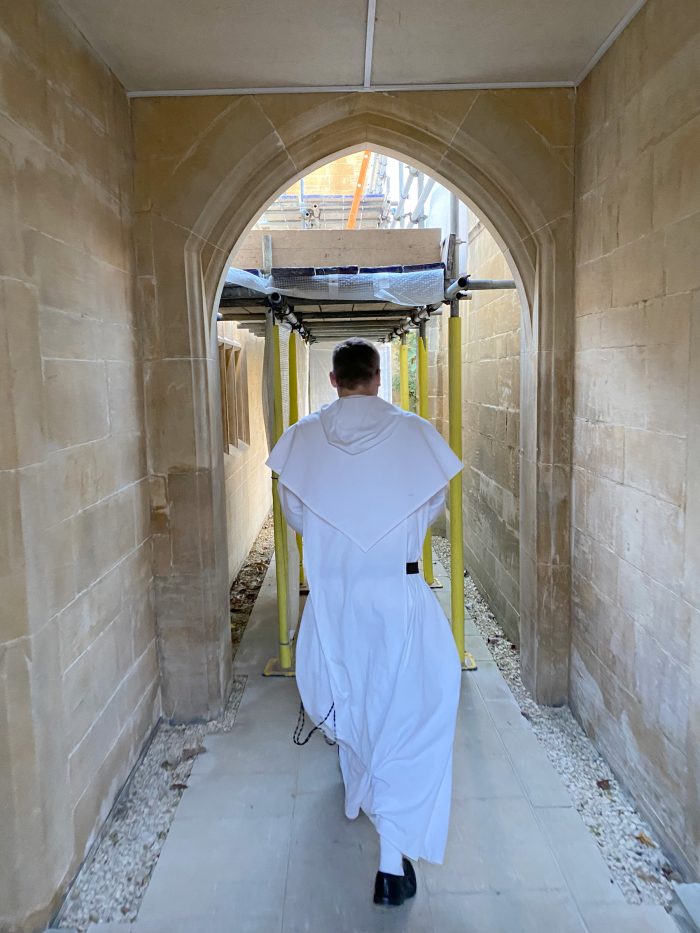 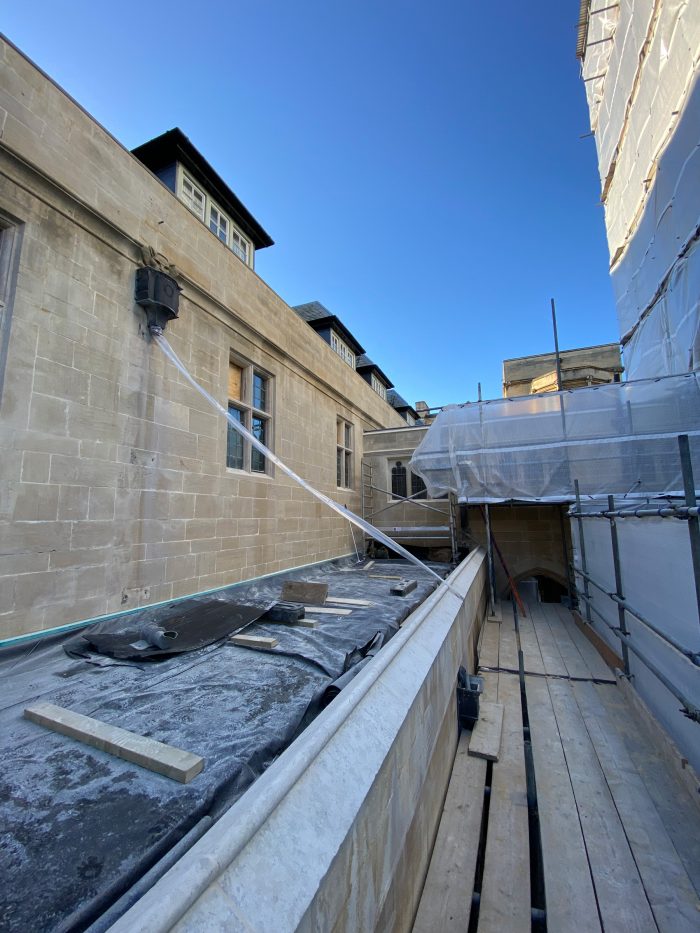 New leading and insulation are being installed here 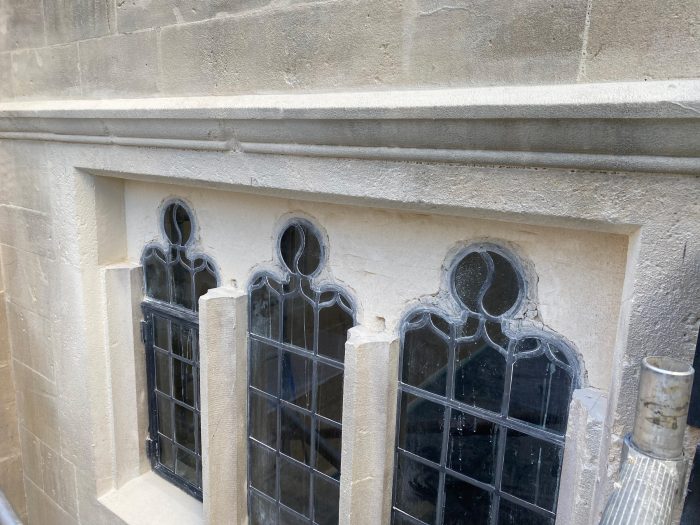 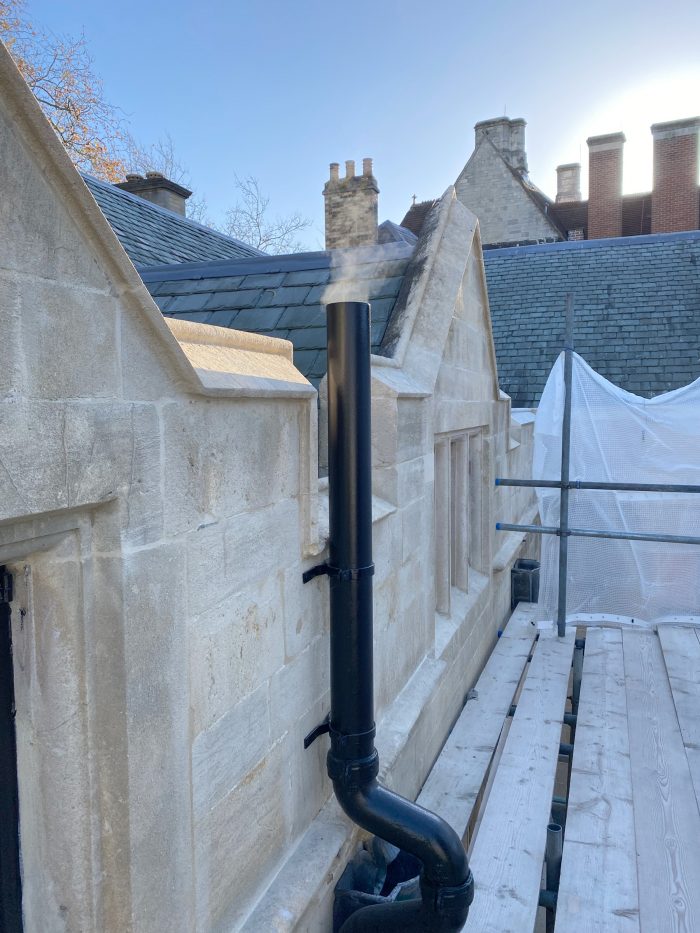 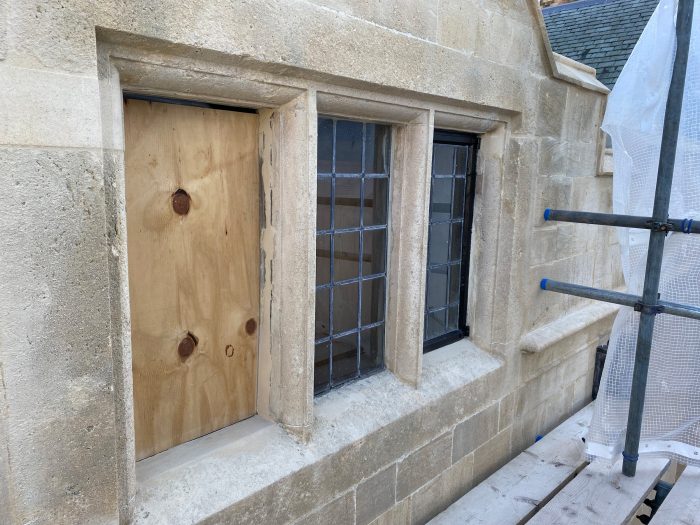 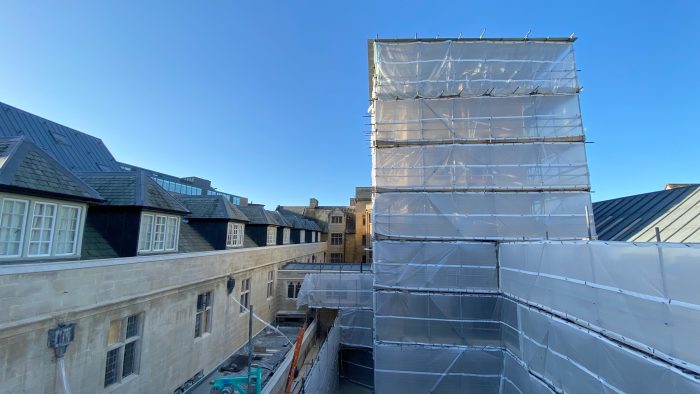 The bell tower shrouded in scaffolding 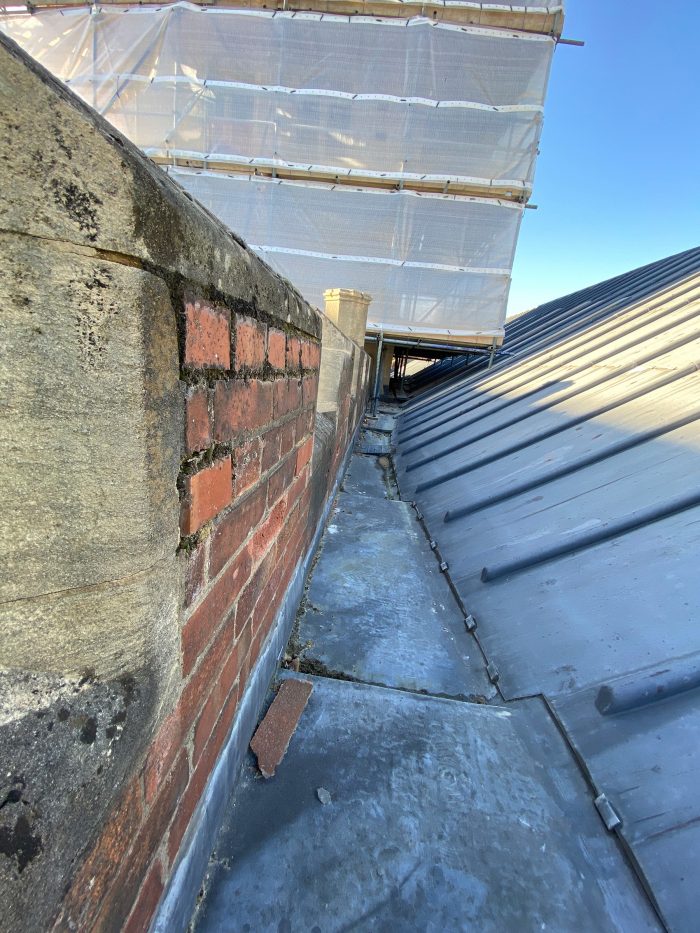 The brickwork behind the stone facade needs cleaning and repointing, and the leading in the gulley will be replaced. 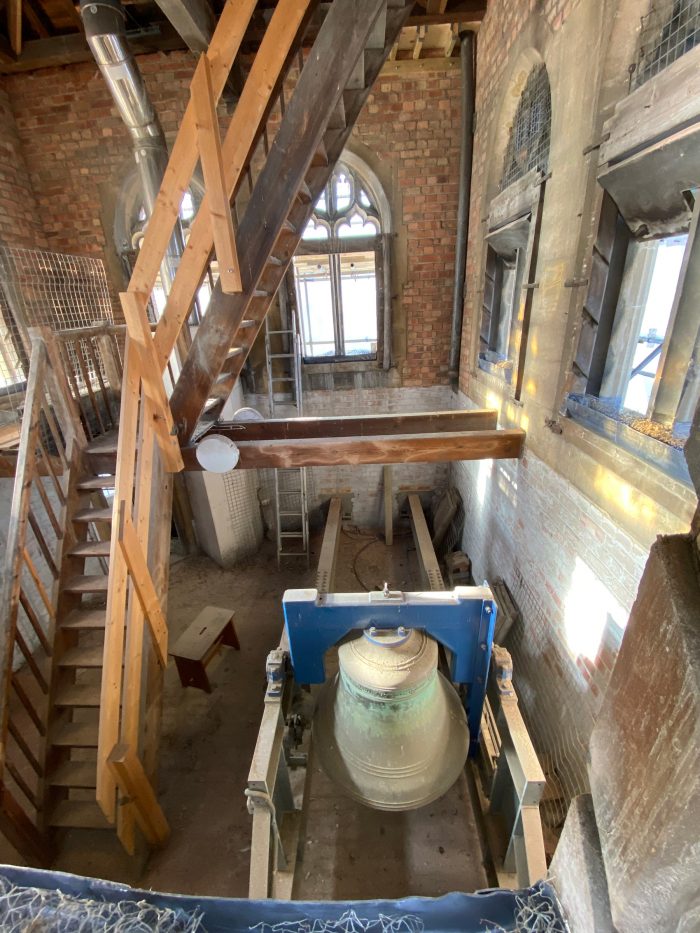 Inside the belfry – the view from the outside looking in 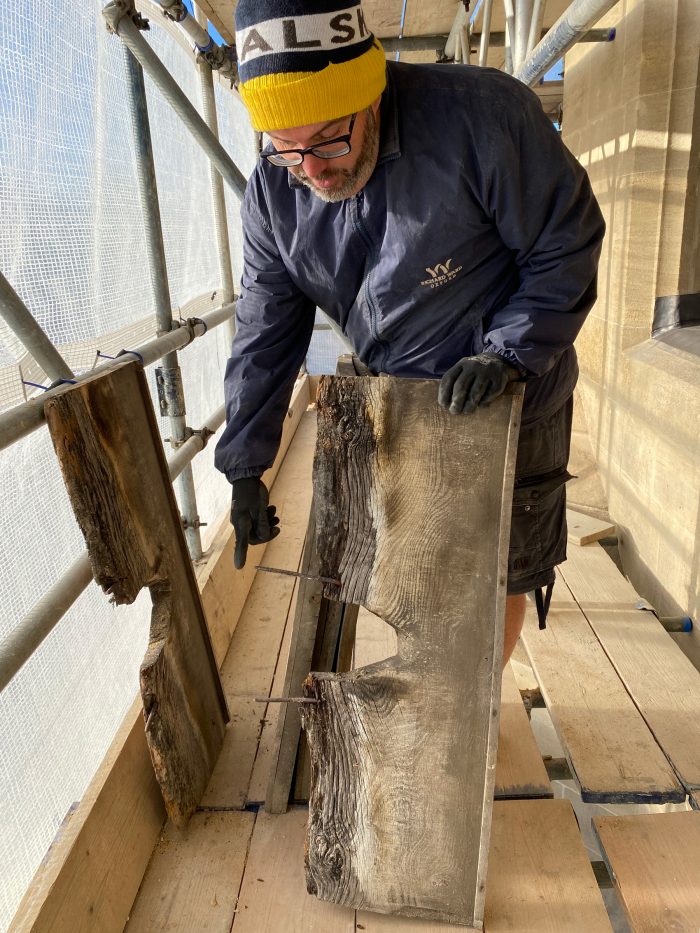 Weathered wooden louvres, to be replaced with new ones made from elm 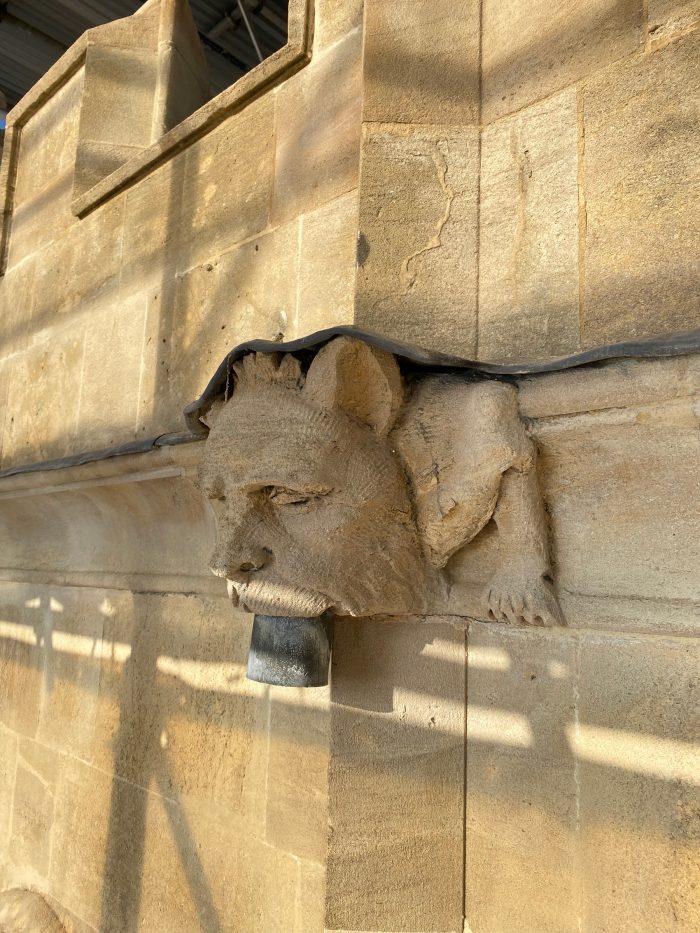 Gargoyle with a new lead hat to keep the weather off 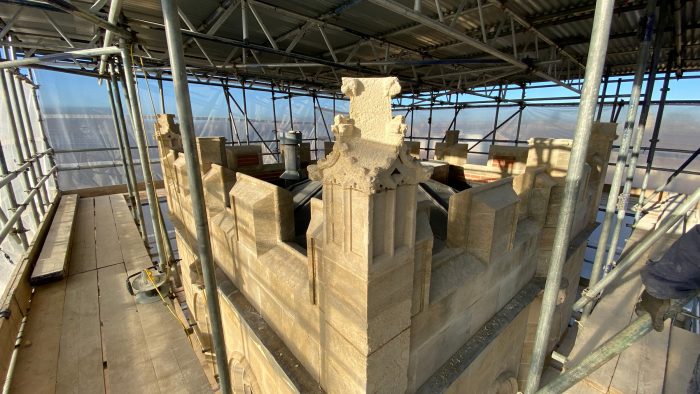 The top of the tower, minus pinnacles 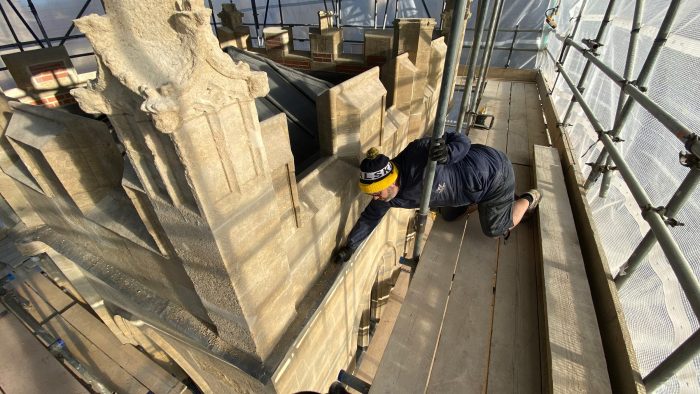 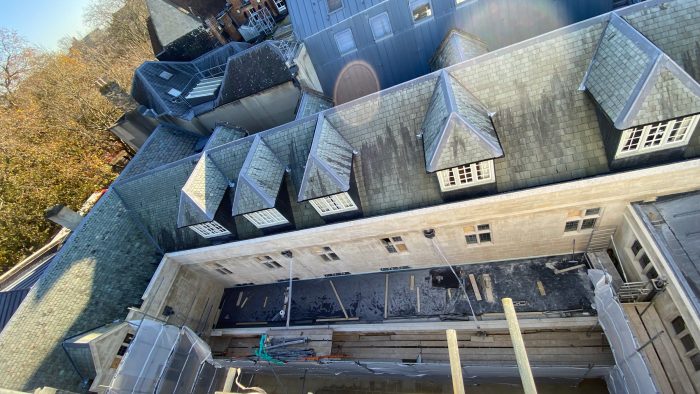 The view from on high – Blackfriars’ front range and neighbouring buildings 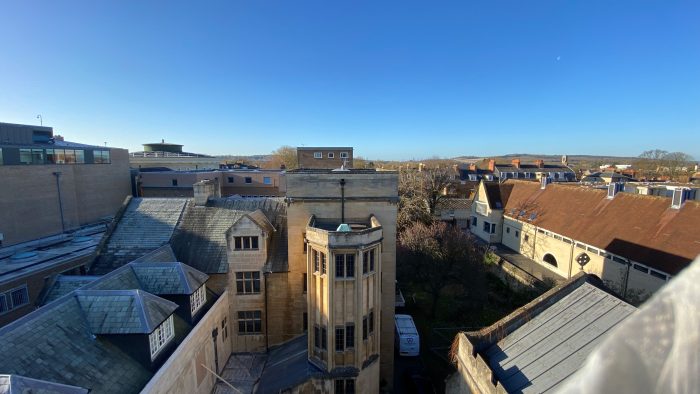 Looking over the back of the priory and the garden, to the distant hills 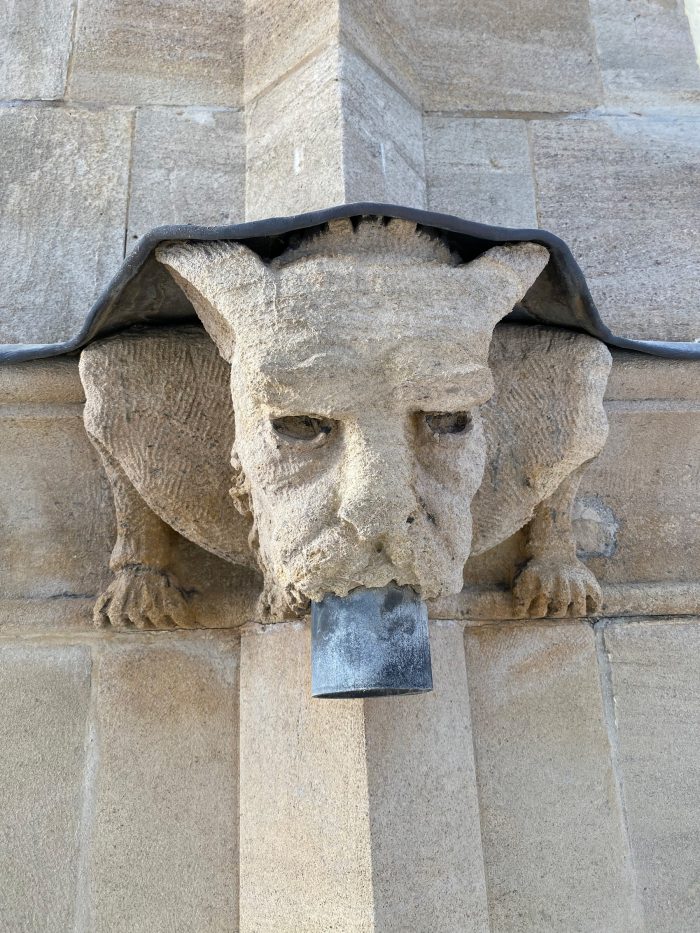 Another gargoyle wearing his new cappa 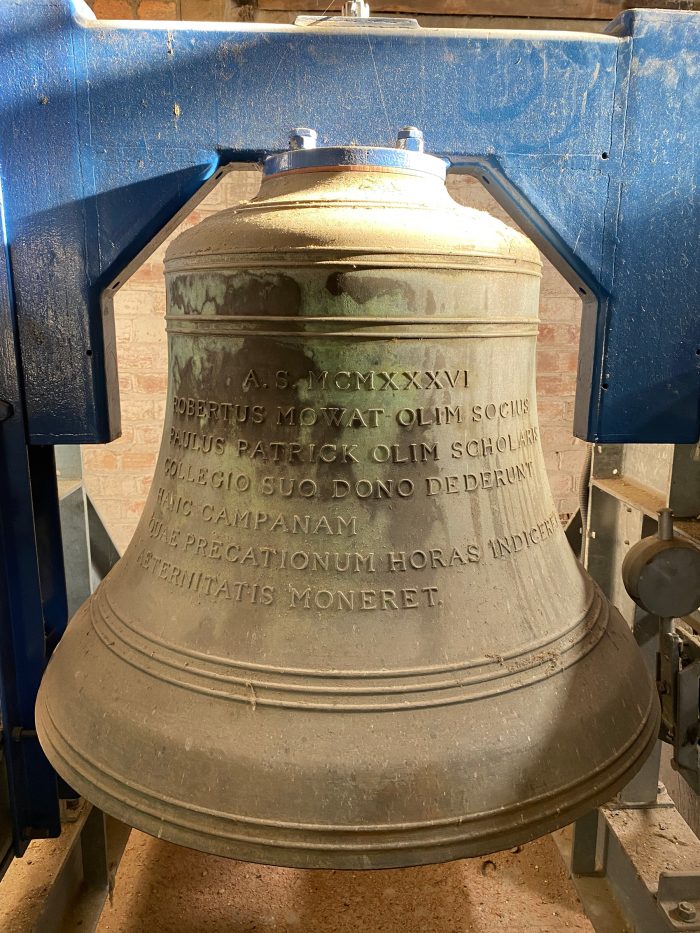 The bell with its Latin inscription referring to its original home 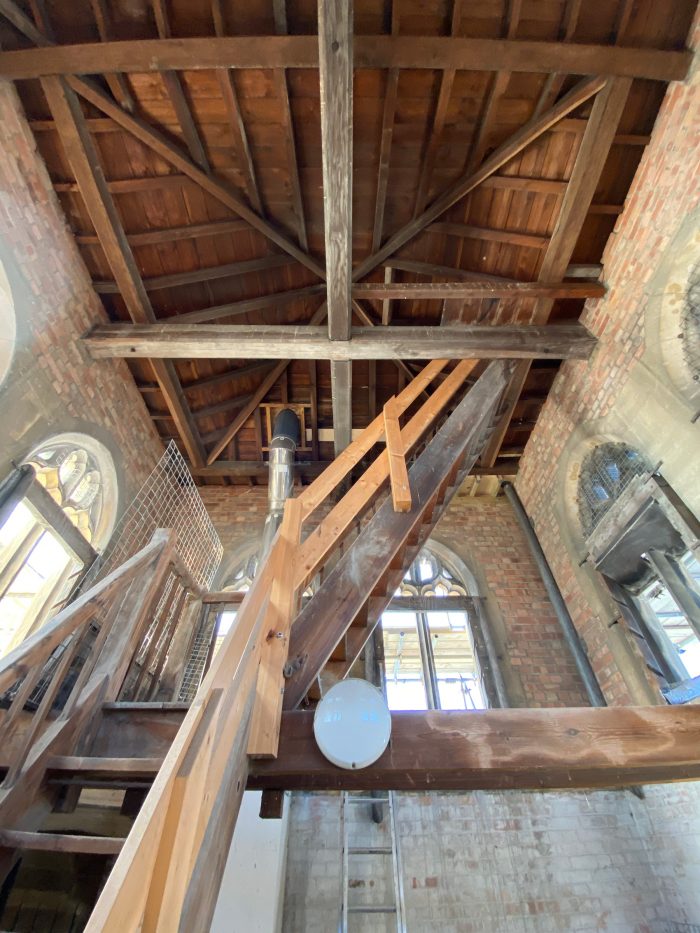 Woodwork inside the belfry 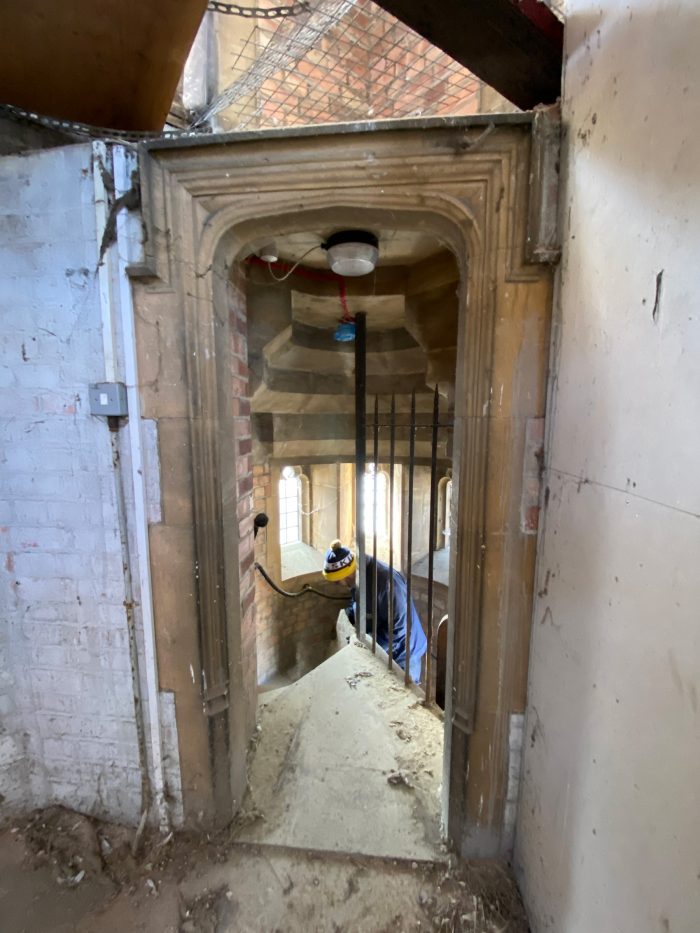 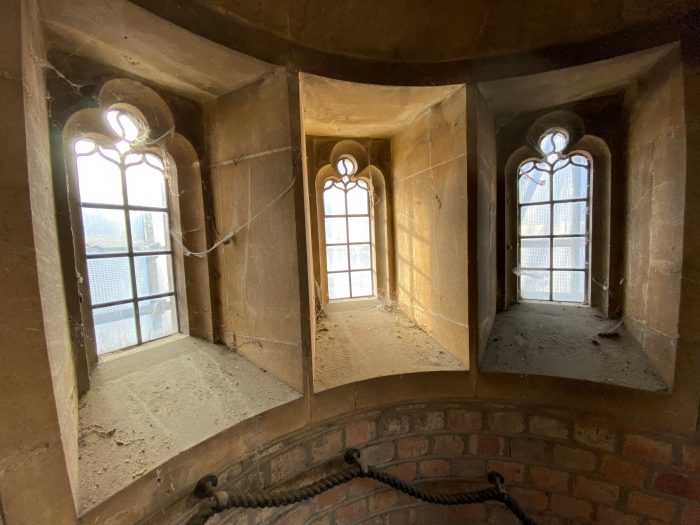 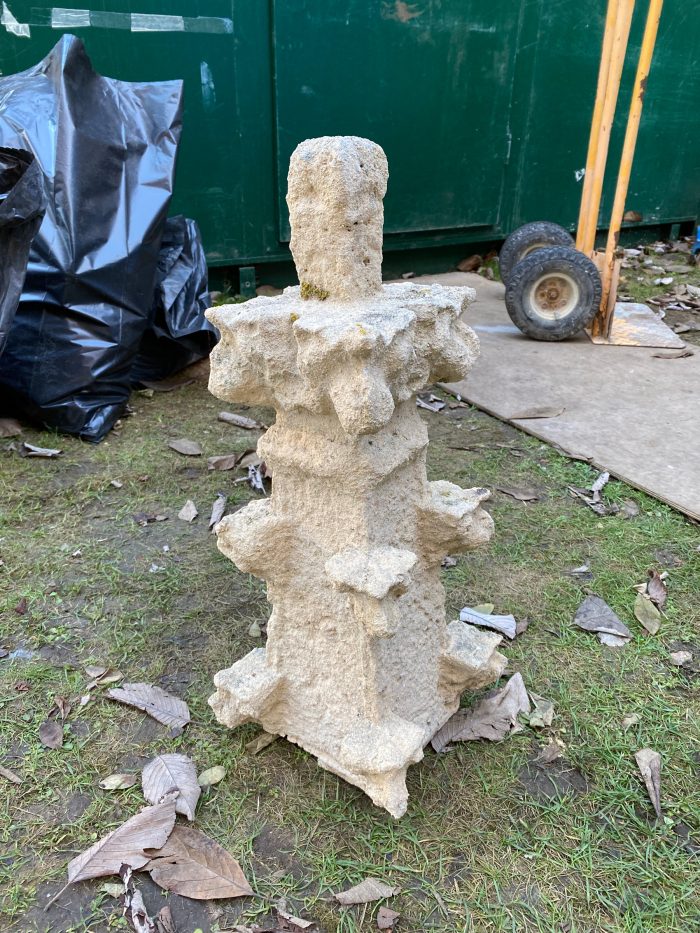 Four crocketed pinnacles have been removed and replacements are being carved