Blackfriars Hall is delighted to announce that Dr Hugo Slim will be joining the Las Casas Institute for Social Justice in July as a Senior Research Fellow. Hugo will build a new research programme at the Institute to examine how religious commitments to social justice support communities living through violence and climate risk. The research will be a partnership of national Universities and religious communities and will contribute to a greater understanding of locally-led humanitarian response. The project will seek 3-5 years funding. 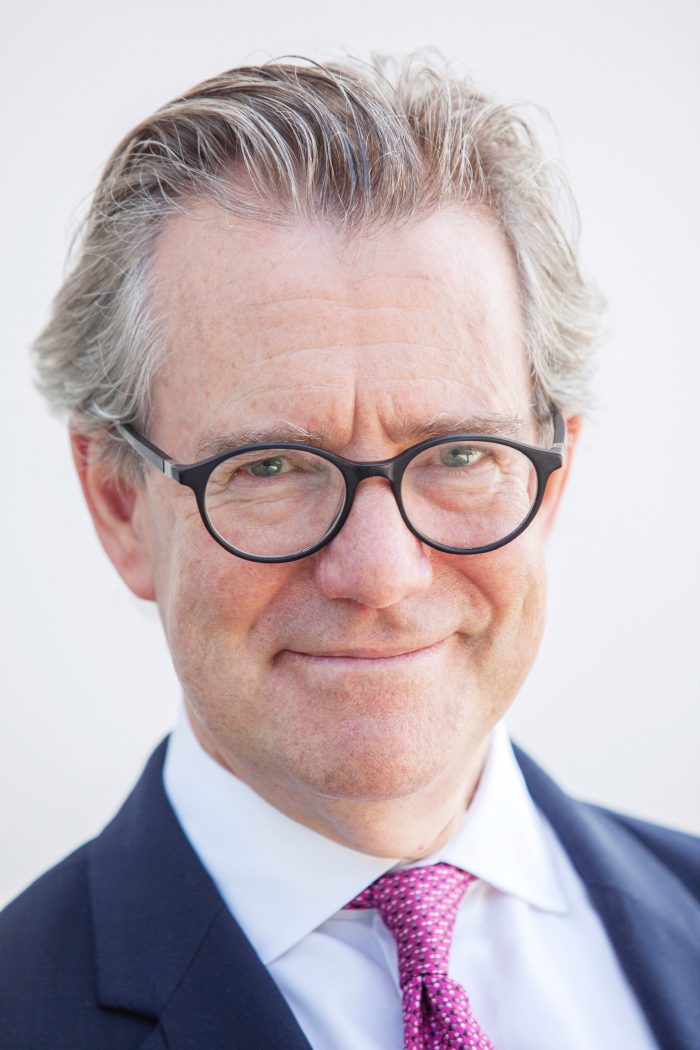 Hugo will also bring to Blackfriars the Oxford Consortium for Human Rights, of which he is a co-founder and Academic Director. The Consortium of fifteen US Universities and Community Colleges brings together Oxford academics and human rights leaders to run virtual and physical workshops on human rights and social justice for young Americans with a proven commitment to community activism. The Consortium was founded in Oxford and Oregon in 2012 and gives priority access to first generation and low income Americans. It is planning to expand its membership to universities in Africa, Asia and Latin America.

Hugo studied Theology as an undergraduate at St John’s College, Oxford where he first came to know the Dominican community across the road at Blackfriars Hall. He has since kept in touch with Blackfriars while combining a career in academia at Oxford Brookes University (where he received his PhD by published work) and the University of Oxford, and in humanitarian roles with Save the Children, the United Nations and the Centre for Humanitarian Dialogue. Most recently, Hugo has been the Head of Policy and Humanitarian Diplomacy at the International Committee of the Red Cross (ICRC) in Geneva from 2015-2020. He is currently a Senior Research Fellow at the Blavatnik School of Government’s Institute of Ethics, Law and Armed Conflict (ELAC) where he is leading Red Cross funded policy research on twenty first century warfare and humanitarian response.

Hugo has been a Board Member of the Catholic Agency for Overseas Development (CAFOD) and Oxfam GB. His most recent books are: Humanitarian Ethics: A Guide to the Morality of Aid in War and Disaster (2015) and Killing Civilians: Method, Madness and Morality in War (2007) both published by Hurst and Oxford University Press.

Fr Richard Finn, Director of the Las Casas Institute for Social Justice, stated: “I join with Fr John O’Connor, the Regent of Blackfriars Hall, in joyfully welcoming Hugo Slim to the academic community here. Hugo has a superb track record of both action and research in humanitarian aid, conflict resolution, and Human Rights. We are also very pleased to host the Oxford Consortium for Human Rights as its Oxford base. The Consortium’s integration of academic researchers and practitioners in the training of community activists, especially those from disadvantaged backgrounds, is a modern example of the collaboration once pioneered by Bartolomé de Las Casas between campaigners for the rights of indigenous peoples and Dominicans at the University of Salamanca. With an academic community of 8 Research Fellows, 3 Junior Research Fellows, and a growing number of Associate Members from around the world, the Institute brings together academics from the Social Sciences, Philosophy, Theology and especially Catholic Social Teaching, Economics, Literature, and History. In conjunction with the wider Hall at Blackfriars, we offer a uniquely supportive and fruitful context in which to tackle the pressing questions of social justice facing the modern world.”

Hugo Slim said “I am very happy to be joining the community at Blackfriars Hall and greatly looking forward to enriching my humanitarian research and policymaking with the Catholic tradition of social justice, and forming a better understanding people’s experience of violence and climate risk from the ground up.”